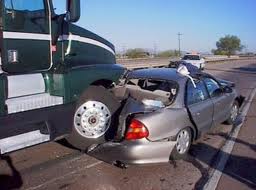 As a Cincinnati car accident lawyer I have handed hundreds of rear end car  collision lawsuit claims. These are not always no brainers and the public does not always understand when they are at fault. What follows is a brief explanation of Ohio law on rear end collisions.

At it’s simplest a rear end collision is defined as one motor vehicle striking another automobile in the rear with it’s front. Either a car has stopped for traffic, a stop light or a stop sign or something in the road and the car coming up from behind did not stop and a car accident occurred , with or without injury

The law on rear end collisions comes from the statute R.C. 4511.21 As explained by many court cases:

Violation of the statute ( 4511.21) and a finding of negligence as a matter of law depends on whether there was evidence that the driver collided with an object which (1) was ahead of him in his lane of travel (2) was stationary or moving in the same direction as that of the driver, 93) did not suddenly appear in the driver’s path and (4) was reasonably discernable.

In Jung v Brothers the facts were as follows: Mr Junge was driving his car at night at a lawful speed and struck an overturned tractor truck . The tractor – trailer had lost control and flipped on its side. The dark underside of the truck was facing traffic. the lights of the truck were of and there were no lights in the vicinity.

The Court said that it was a question for the jury to decide whether the truck was reasonably discernible and therefore whether Mr Jung was at fault for violating the assured clear distance statute. And if he was whether he was more at fault than the truck driver for loosing control of his truck.

Under Ohio law if the person bringing the lawsuit is 51% at fault they recover nothing. but if they are 50% or less they get to recover their proportionate share of damages. There is a lot more to the assured clear distance statute and we will cover that in part 2 of this series.

Anthony Castelli attorney is a Cincinnati car accident lawyer that handles car accident serious injury lawsuits and settlements for over thirty years. He offers free case consultations and you can Call him at 513-621-2345 to speak with him. He welcomes your call.

I was hurt in a motorcycle accident.  It was an awful time for me.  Fortunately, I hired Anthony Castelli as my lawyer.  He answered my questions and dealt with the insurance companies.  He really helped when I needed it the most and I highly recommend Mr. Castelli to anyone who is seriously injured in a car or motorcycle accident.  I will be eternally grateful  Thank you!

Thank you so much for all of your diligent effort. Your personal attention to our case and the level of support were incredible. Every time I spoke with you, I felt like you were a member of our family helping us through a very difficult time. I can’t thank you enough.

Happy Results! Mr. Castelli, thank you for everything!  You got me results and I really appreciate it!

Attorney Castelli was on my side from the beginning.  Everything he did was in my best interest.  I highly recommend Mr. Castelli to anyone who has a serious personal injury claim.  Thank you!

Tony – Thank you so much for helping me after I got hurt. I was lost and didn’t know what to do. You took over and made sure I got what I deserved. I was very happy with my compensation. If any of my friends or family ever needs a personal injury lawyer, I will definitely tell them to hire you! Thank you!

My readers and viewers know that I write a lot about insurance companies and how difficult they can be to work with. I have my own take on things and … END_OF_DOCUMENT_TOKEN_TO_BE_REPLACED